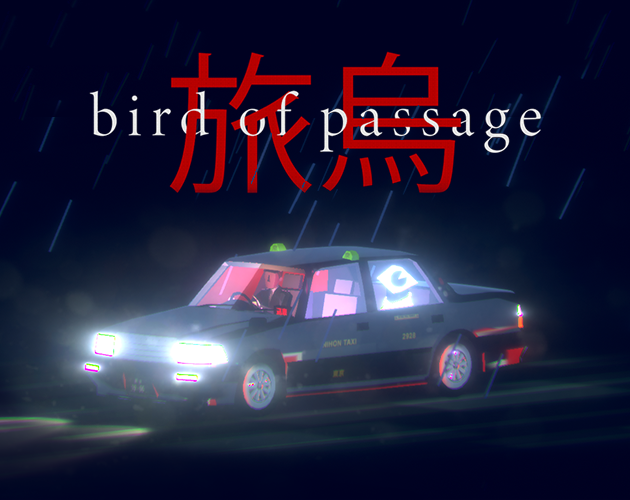 About the Game
Bird of passage is a free night ride across Tokyo, a gentle meditation on the last century of Japanese history as seen through the eyes of the protagonist: ride after ride, he will offer you a collection of scattered memories, elements form a far gone past that still echo in his mind. This is a narrative-driven game that relies on the player’s choice of dialogue as a means to explore the whole story: as such, it is built with a specifically tailored mechanic that mimics the inner narrative, thus making the player perceive the same set of emotions described by the protagonist. Built around the framework of Magical Realism, the game encodes within the mundanity of a taxi ride the exploration of historical events and the personal quest of a lost soul.